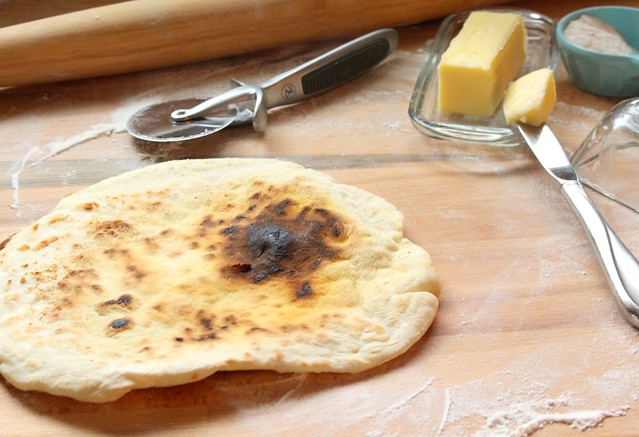 This is my final recipe test for Anna Olson‘s cookbook Bake with Anna Olson. Next will be a cookbook review. I choose her Indian naan recipe because it looks so simple, I did not believe it could be that easy so this would be a good final test.

“Once you see how easy it is to make authentic naan from scratch, you’ll never buy it again!” ~ Anna Olson

Would she be right??? 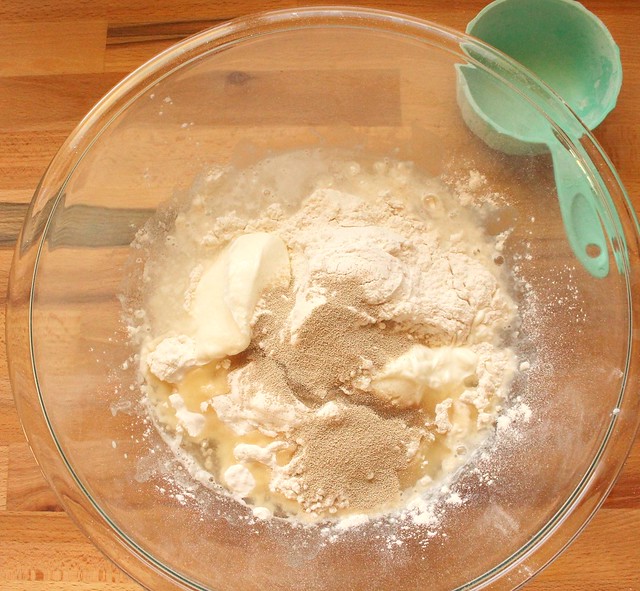 I also wanted to make this recipe is you just throw everything into a big bowl and stir. 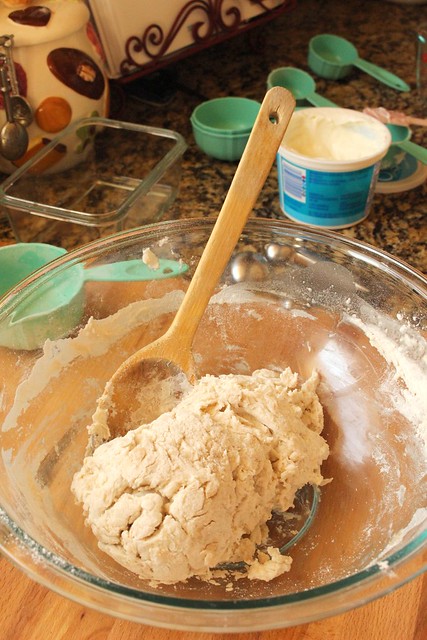 Mix water, 2 1/4 cup of the flour, yogurt, oil, yeast and salt in a big bowl and stir until it becomes too difficult. 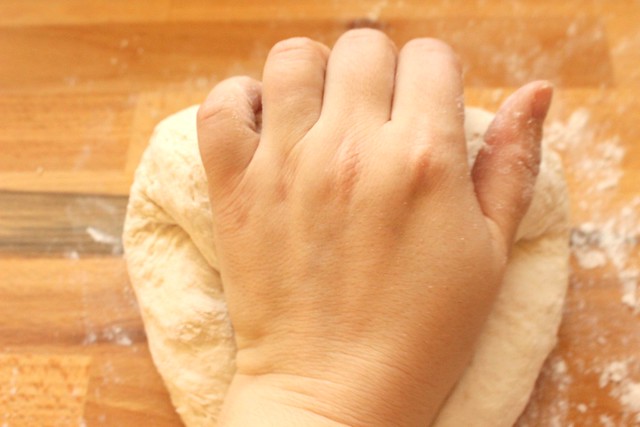 Pour remaining flour onto clean work surface and knead the dough for 3 minutes. 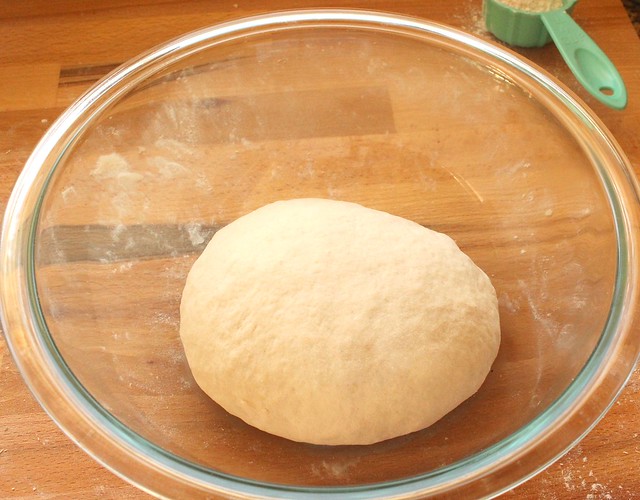 Place dough in a large bowl, cover with plastic wrap and let rise for 1 hour. 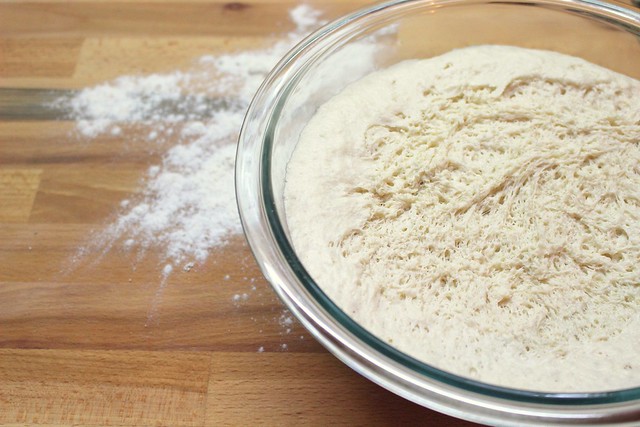 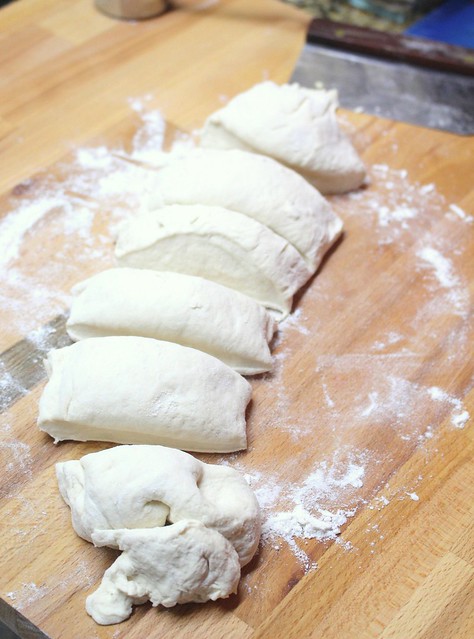 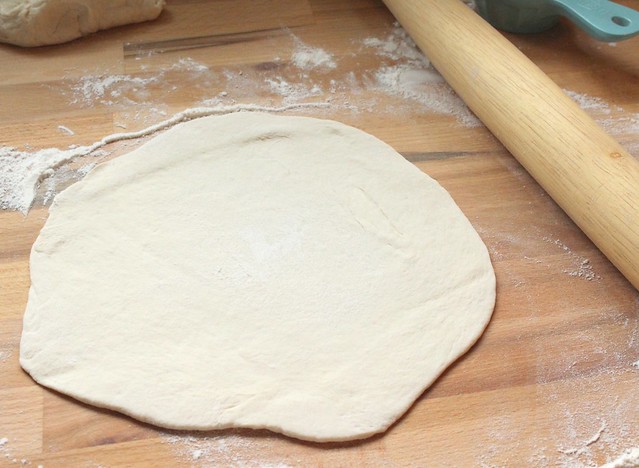 Roll out each piece of dough until is around 8″ in diameter. 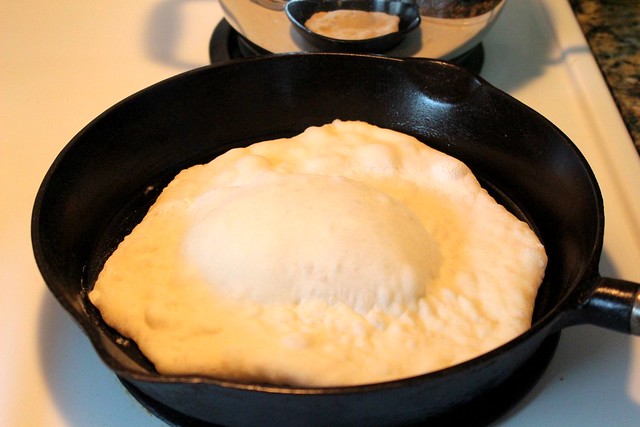 In a hot cast iron pan cook dough for 90 seconds per side. 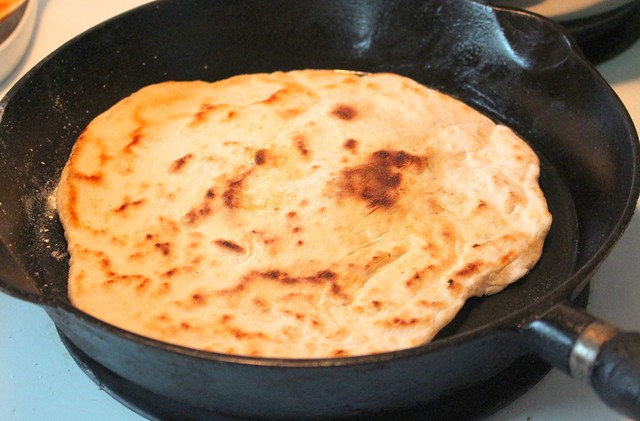 You want the bubbles and blisters to turn brown. 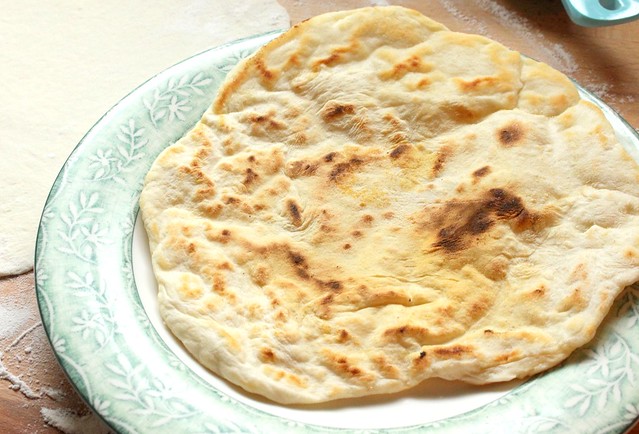 Brush naan with melted butter and sprinkle with salt and/or cilantro. 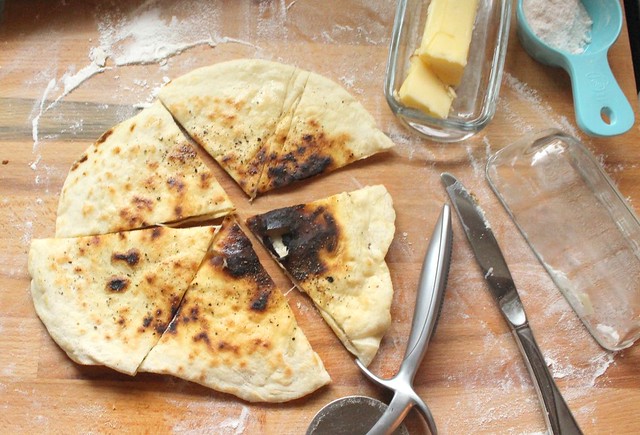 I added some cracked black pepper and smeared very soft butter on the surface instead of melting it first.

The naan was much easier to make than I thought it would be but it was pretty thin, more like a tortilla than the fluffy naan bread photographed in the cookbook. It was much more flimsy than traditional naan bread and made eating my chicken curry with it challenging. It was good but, to be honest, it should have been better.

Until I find a better recipe I am still going to be buying naan from the store. What a shame.

As a result, I give this recipe only three out of five wooden spoons. 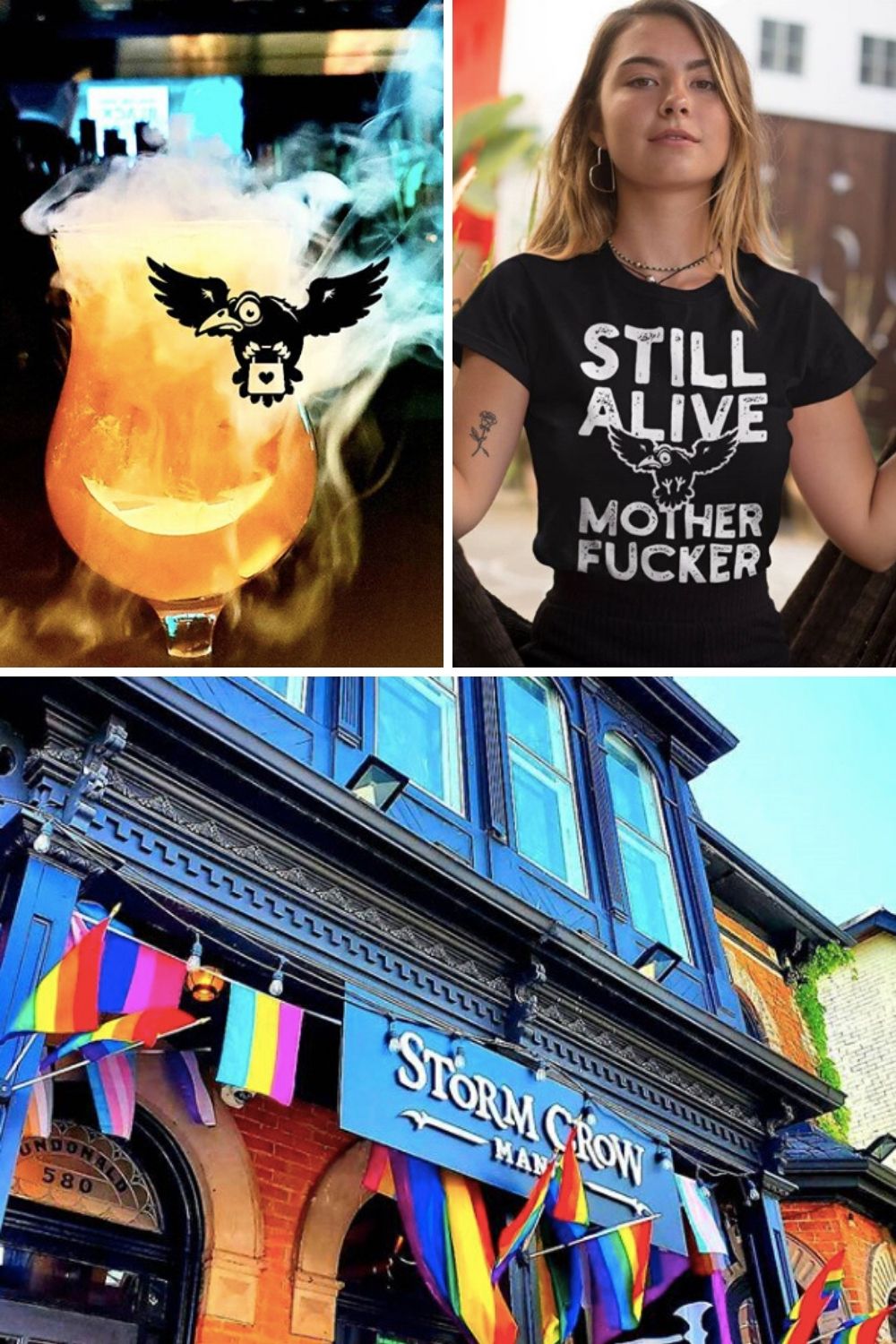 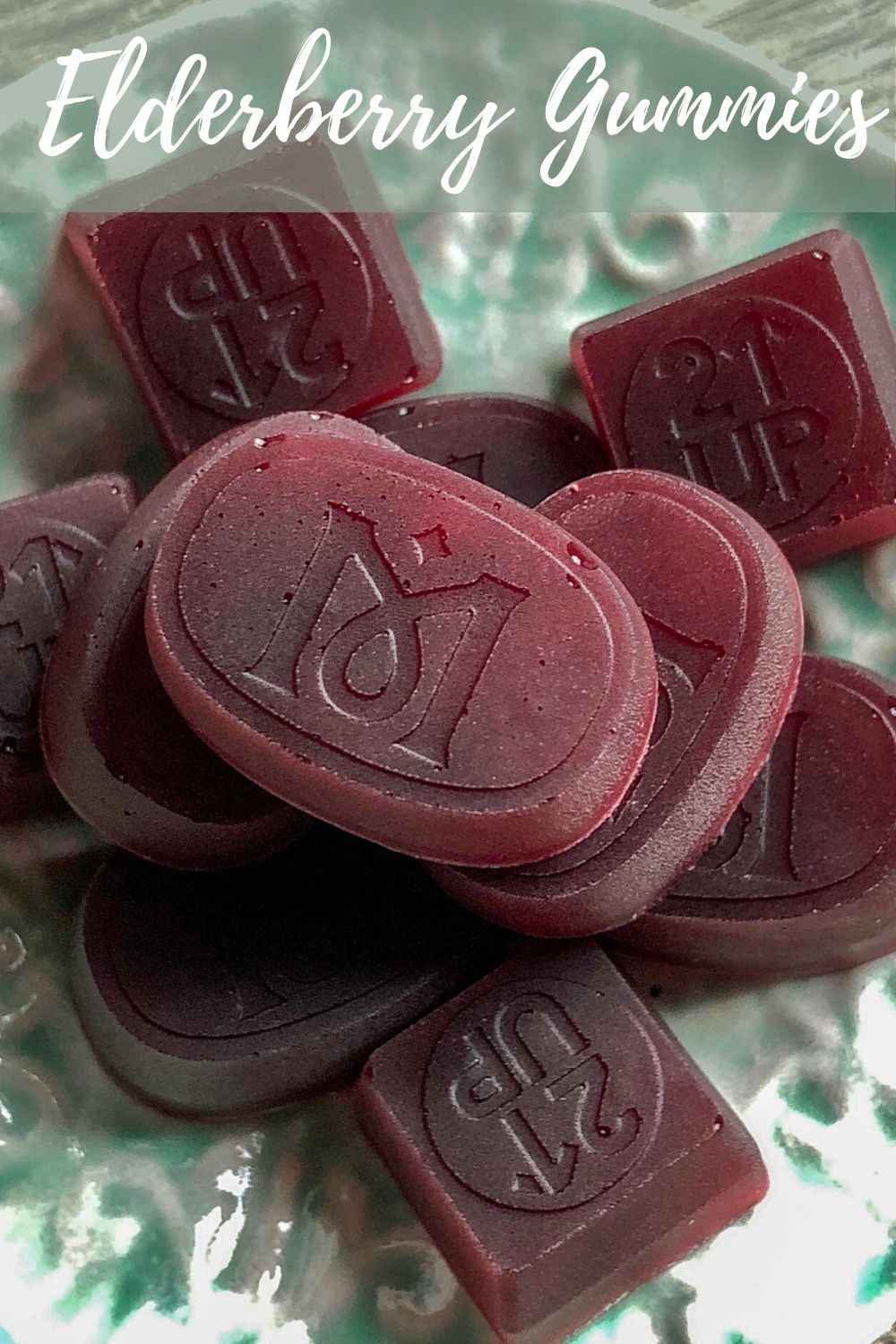