You are here: Home / beef / Pot Roast Sautéed and Cooked in Instant Pot 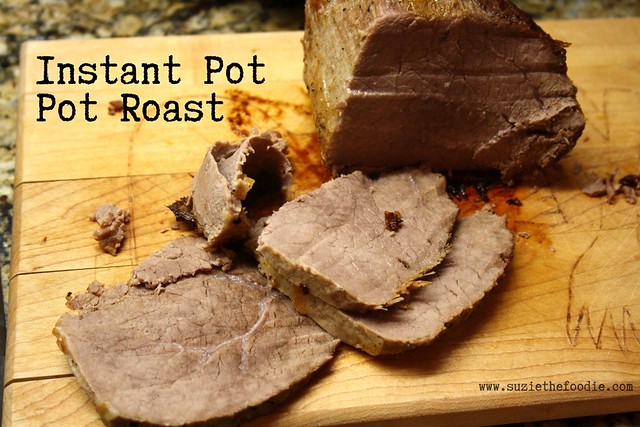 Welcome to my Christmas Eve Chaos! Ah yes. I tried to do a video of my first Pot Roast Sautéed and Cooked in Instant Pot while I was coming down with a terrible cold and unknowingly had a fever. A total train wreck.

I have to warn you, this is the crappiest video I have made. Watch at your own risk. Even my voice-over is me croaking like a poisoned toad. Ugh! At least it is short. Many people have been asking me to do Instant Pot videos and I did not want to let them down. 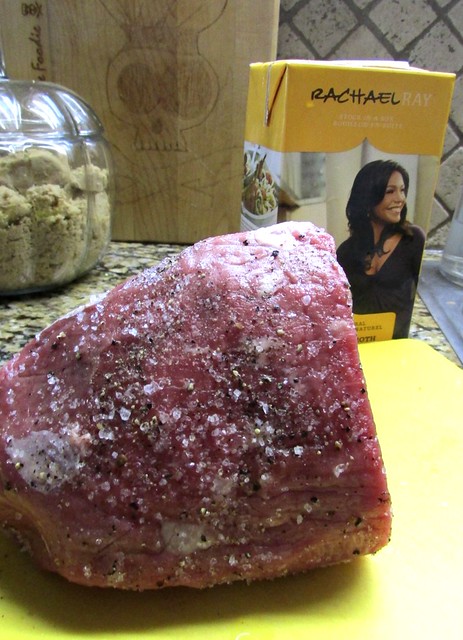 First, I went a little crazy over-seasoning the eye of round roast which ended up not being a good choice of cuts for the Instant Pot. (I blame the fever.)  More of a slow-cooker cut of meat.

I also used Rachael Ray’s chicken broth (did not have beef) which has way more salt than the kind I normally use. So yes, it was all too salty. 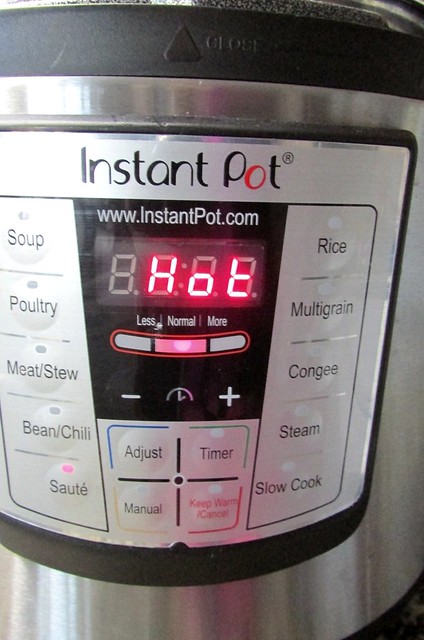 I really wanted to try the browning feature of the Instant Pot which separates itself from other pressure cookers. I choose “Sauté” and after a few minutes the Instant Pot says “Hot” and you can then brown the meat. 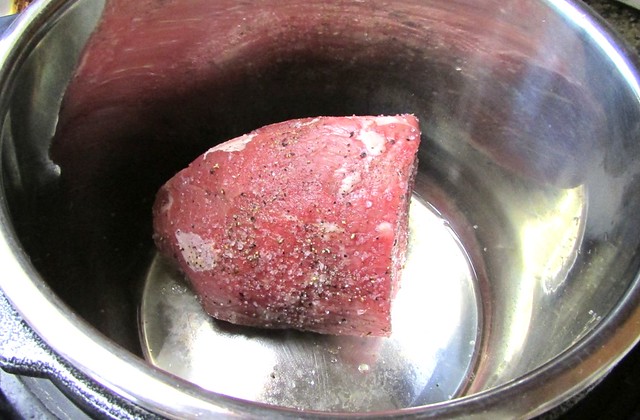 I added some oil, let it heat up and then browned the roast on all sides. 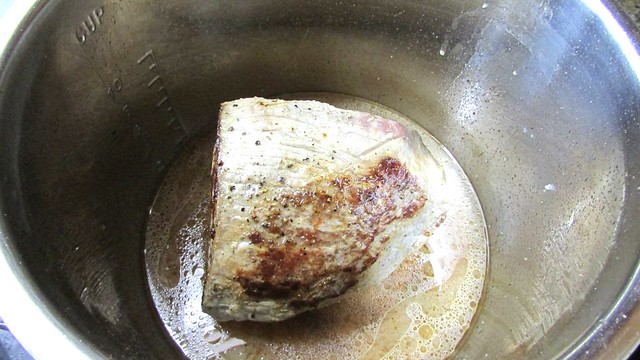 I added a cup and a half or so of broth, closed the lid and set the Instant Pot on to manual mode for 60 minutes. 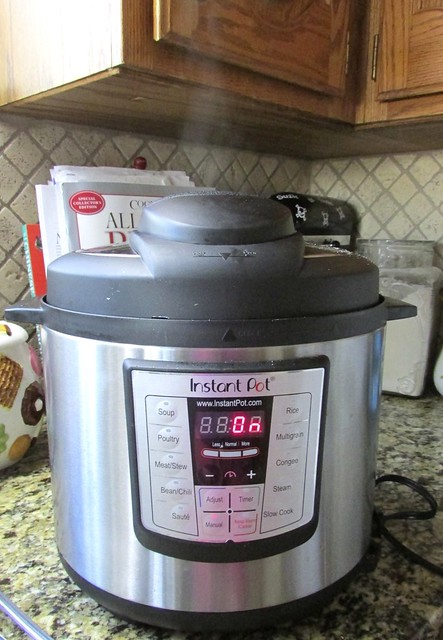 See the steam coming out? Yup, the lid was not on correctly and pressure was not building. It did beep and say “Lid” on the front but I thought I got it to work. This is the first time I have had that problem or any problem with the Instant Pot for that matter. I had to unplug it and re-program it again. 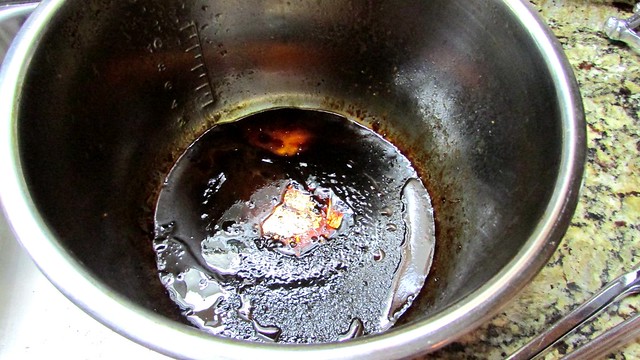 Next time? More broth! And some wine. And vegetables on the bottom. This was super-concentrated but nothing sour cream couldn’t fix for gravy-making. After I used the oil-separator of course. 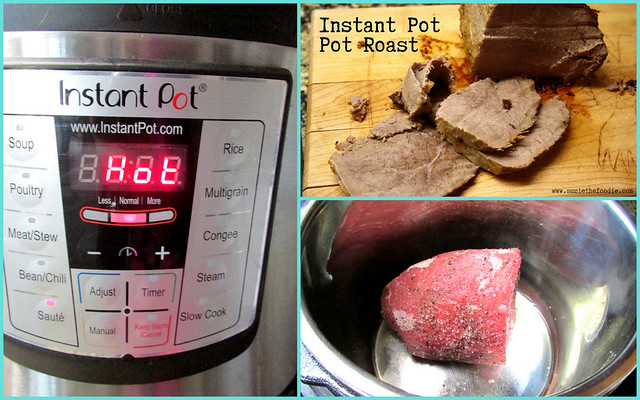 The meat was cooked all the way through but because it was so lean, it was quite dry. Next time? I am going with a more marbled piece of meat and leave the eye of round to my Crock-Pot.

When it comes to timing, keep in mind as well that it takes a while for the Instant Pot to build up pressure. Something I almost always forget when I use it for making dinner.

The browning feature really is great though and gives me less dishes to clean. Cooking with a pressure cooker involves a bit of a learning curve but it really is amazing. We still loved dinner, it is just that the leftovers were a little tough and dry.

I hope you enjoy my Christmas Eve Kitchen Nightmare. Now may the healing begin!