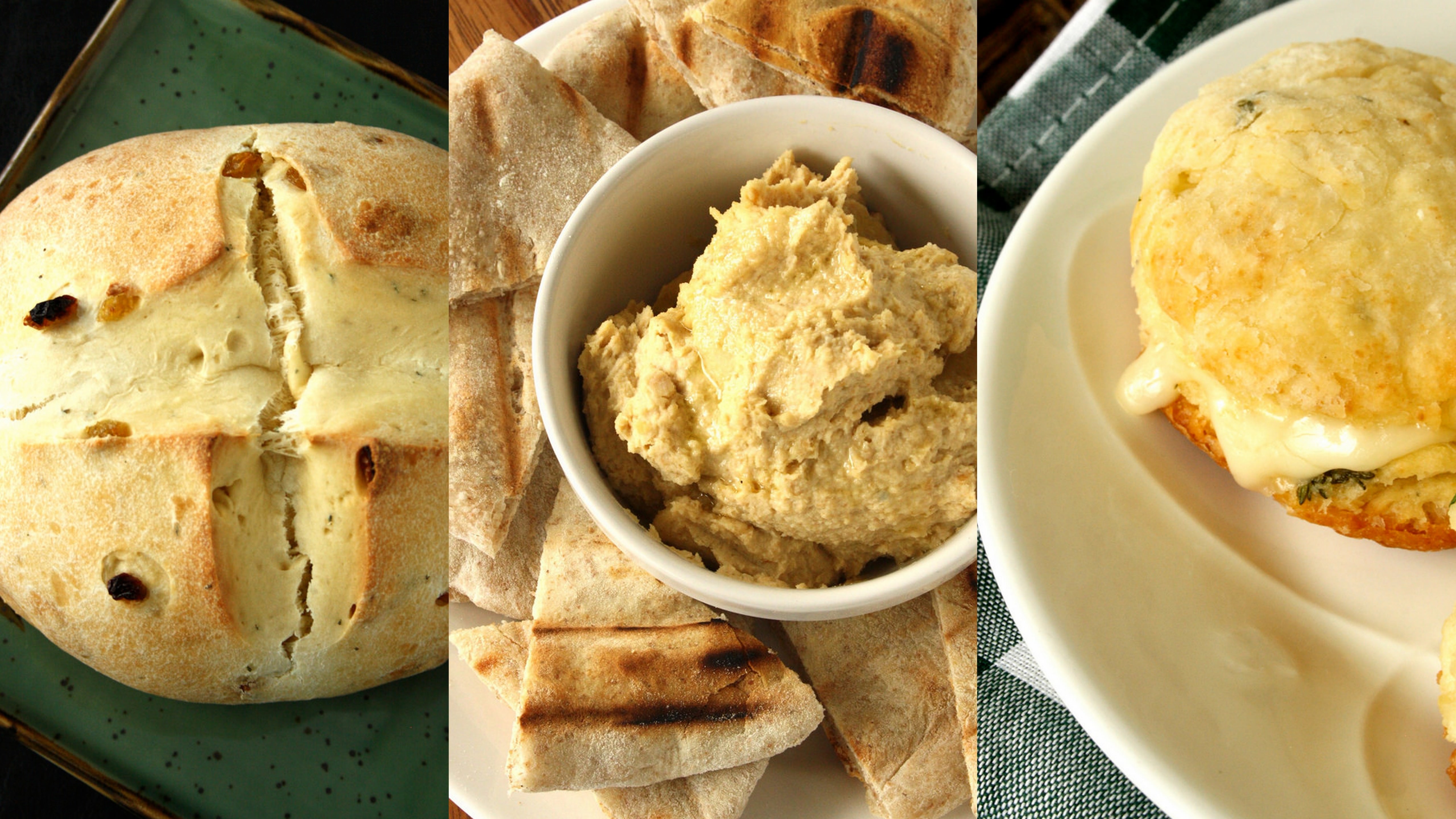 by Beth Hensperger published by Chronicle Books is a challenging book to review. It started out with frustration when I made her Rosemary Raisin Bread but then things improved with the Country-Style Whole-Wheat Pitas.

I was delighted to discover a recipe for elusive Mexican Morning Buns but the Classic Buttermilk Biscuits were dry and just OK. I made the cookbook’s pizza dough and it turned out fine but I wanted to put one more recipe through my test kitchen before writing my review. For the royal wedding, I made not only the groom’s cake I also indulged in making crab salad and cucumber tea sandwiches. I wanted to make them using homemade bread. I had some buttermilk that I needed to use up so decided to make the The Bread Bible With a paddle attachment I added to the bowl: 1 1/2 cup warmed buttermilk, 2 tbsp melted unsalted butter, 3 tbsp of honey and the yeast mixture. Then I added 1 tbsp of salt and two cups of flour. I then changed to a dough hook added 4 additional cups of flour, half a cup at a time. The mixer kneaded the dough for three minutes, which seemed like not enough time but that is what the recipe said to do. I brushed the loaves with an egg wash and then baked in a preheated 375F oven on the center rack for 45 minutes. These loaves did get nicely brown but they hardly rose after being put in the oven. They were also very dense, not light and airy at all. Slicing the bread to make the tea sandwiches wasted a lot of the bread as a result but I ground up the parts I could not use and turned them into wonderful breadcrumbs.

. In some ways I am grateful for the rare and unusual recipes it contains and that there are explanations for different methods of making bread. Yet, for the same reason, the layout drives me insane. It is hard to figure out where the recipe for making the bread with a mixer ends and other methods begin because they are all included within the same flow of the recipe.

There are no photos in this book but there are areas in which helpful diagrams could have been included but were not. Visualizing what to do with the dough can be much harder than making it. Sometimes the doughs were too wet, sometimes too dry. As a result, every time I worked from this cookbook I was nervous. I did not have much faith in the recipes and the way they wrote up the recipes made the process confusing.

I did love most of the breads I made. I will make some of them again and try more of the recipes but with trepidation. Rating this cookbook is a tough call but I can only give The Bread Bible three and a half wooden spoons. I just can not give a cookbook that leaves me feeling insecure about their recipes a higher rating than that.