The rich smooth-textured dessert is known as Burnt Cream in England where is has been popular since the seventeenth century. It was not, however, until late in the nineteenth century that the French term crème brûlée, which means precisely the same thing, became popular and the dessert became standard fare in many American restaurants. ~ […]

In a matter of hours, my dad will be here visiting for the next couple of days. Yesterday I agonized over this apple pie: should I pre-cook the filling and then make the pie on Sunday or should I just bake the pie right now? I do not like to bake under pressure so I […]

If I had a baking mentor it would be Anna Olson. For years she demystified yet still inspired the baker in me with her show Sugar. When she made her Maple Baked Apples Bites for her friends on her new show Fresh With Anna Olson I knew I just had to try making them! Low […] 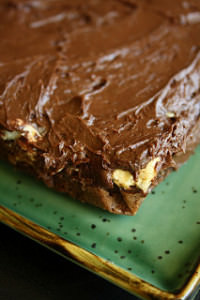 My mom has a friend who makes these chocolate marshmallow brownies she adores and recommended so I really wanted to try baking them. I am so glad I did! These brownies were fantastic. Moist, chewy from the toasted marshmallows and decadent thanks to the chocolate frosting. I have made brownies on my blog before (my […]

I love the show Christine Cushing Live and the host and I have very similar food sensibilities so when she said she made a less sugary pecan pie than most, I knew I had to try it. You can find the recipe here. What I did not realize is that there is such a thing […]

Above you can see some cold butter that I have cut into piece and put into some flour in a very deep stainless steel bowl. One of my pet peeves in the kitchen is mess. I like the deep bowl because I can be aggressive when mixing the flour and butter together with my pastry […]

On the weekend friends of mine were telling me of a less-sweet version of Baklava, they said that it was Lebanese and super delicious. I really love Baklava but I prefer my desserts to be a little less sweet and as you probably know, Baklava is over-the-top sweet most of the time. So I started […] 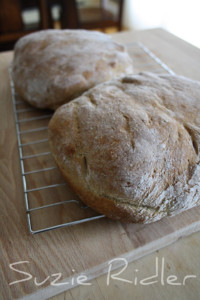 Thank you VeeV for letting me know that the original link to the recipe is now off Allrecipes.com. I will write it out for all of you because I just can’t keep this recipe to myself, it is so good! You will need rye flour which is not always easy to find. I could only get a […]